So my little girl Holly has turned 5. I’m slightly in shock that I now have a 5 year old, as in my head I’m still 14 and don’t ever really feel grown up enough to be a responsible adult!

The thing with being the child of a cake maker is that you see what other people get for their birthdays. You see many pictures while your mum is designing cakes, researching ideas etc and this puts crazy ideas in your head (especially if you are 5) of what you’d like for your birthday cake. Holly’s ideas were no different. Last year she asked for a fairy and a fox with a fairy castle and the fox and fairy had to be fighting (why, I’ll never know). I made the fairy and fox friendly instead because I can, and because them fighting is just weird. This year, she started out wanting a fairy castle. Then she changed her mind to the Little Castle from Ben and Holly, then it was the Little Castle with all the characters including the Wise Old Elf and Nanny Plum. Then, a week or so before her birthday she changed her mind AGAIN to My Little Pony. The inside of the cake had to be pink, there had to be 3 ponies on it (I ran out of time and we compromised on 2) and there had to be yellow flowers, as they’re her favourite.

I LOVED My Little Pony when I was younger, and I’m actually secretly glad Holly loves it too, but I was cursing Rainbow Dash as I was making her from modelling chocolate, I can tell you.

Holly had a party at a local play gym, absolutely loved it and then we took her to the Yorkshire Wildlife Park for her actual birthday, although she was poorly so we had to come home after lunch, poor munchkin. She’s back to her usual cheeky self now though!!

This site uses Akismet to reduce spam. Learn how your comment data is processed.

Welcome to White Rose Cake Design! I'm Jo, the owner/baker/cake decorator/doer of everything here! We make bespoke wedding and celebration cakes in West Yorkshire, specialising in beautiful modern wedding cakes and sugar flowers. Our blog is updated regularly so please keep checking back or why not subscribe for regular updates? Thanks x 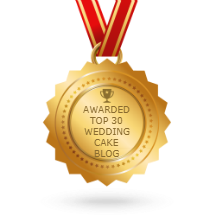